At long last my contributor's copy of Xnoybis #2 from Dunhams Manor Press arrived which has my poem, Medusa's Mirror in it.  My poem depicts Medusa as more of the tragic figure she is instead of the common monster portrayal. 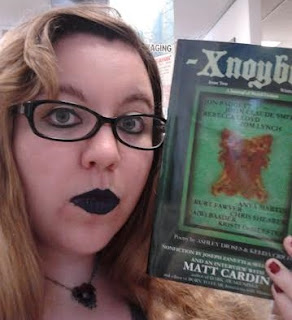 The awesome editor Jordan Krall also included his book Gorgonaeon because of the long wait and I finished it in one sitting.  It's a series of vignettes that depict paranoid and insane perspectives from different characters and makes a fascinating read. 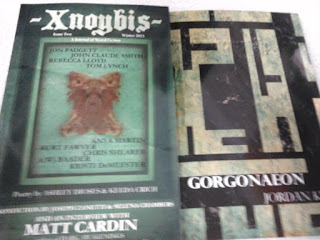 The Spring Equinox issue of Eternal Haunted Summer came out today and features my poem, Witch Lord of the Hunt.  You can read the issue here. 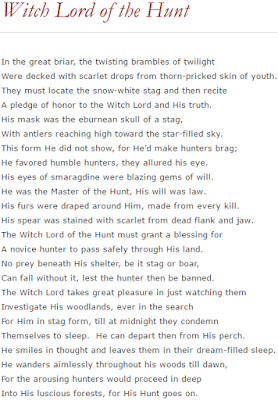 My 3 poems, Horror, the Abandoned Garden, and Morning's Moon will appear in for Folk Horror Revival: Corpse Roads.  They are all reprints.  100% of all sales profits of the book will be charitably donated to The Wildlife Trusts.

Posted by Ashley Dioses at 7:07 PM