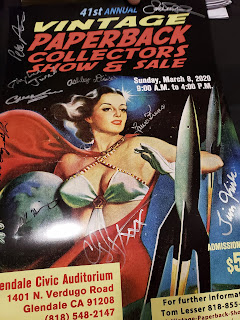 Last weekend I, unfortunately, came down with a cold (yes, just a cold!) and still have it, so our attendance at the festival was much shorter than we would've liked.  We signed at 11 am with Scott Woodard and Pete Atkins, among others.  Kyle and I are scheduled to sign again next year as well, in case you didn't catch us this time.

It was not the same without Dennis Etchison there.  I met him for the first time at this festival a few years ago.  We were together in Weird Fiction Review #5 by Centipede Press and I had him sign it.  I told him that I was also in this and he mentioned an after-party and said that I was 'entitled' to go.  That just made me die.  I would only see him at cons or other gatherings infrequently but it was always a joy to hang out with him and listen to his stories and writing wisdom.  I miss him terribly.

I had Tim Kirk sign his Averoigne map in my contributor's copy of The Averoigne Legacy: Tribute Tales in the World of Clark Ashton Smith edited by Edward Stasheff. 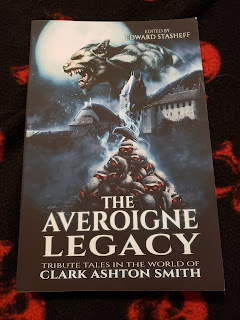 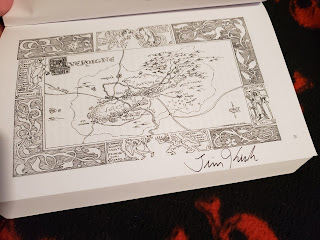 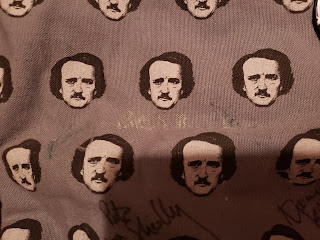 
I spotted a few books I'm in being sold at a table run by Carl Aschmann, which was awesome. 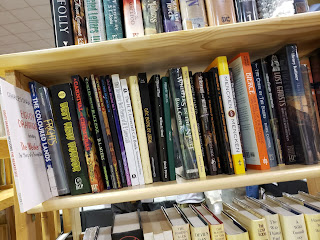 Here are the goodies I scored. 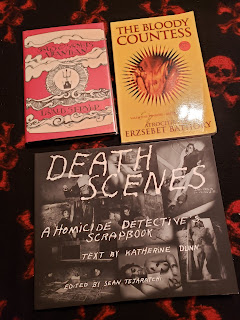 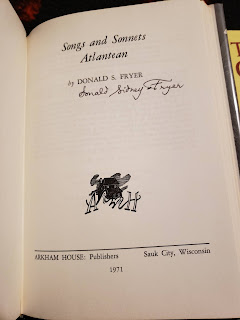 Posted by Ashley Dioses at 5:24 PM