I received a wonderful letter from Don, in reply to one I sent him, and it had many gems of information within.  Apparently he met Janis Joplin once, a tidbit he added for she was on the stamp. 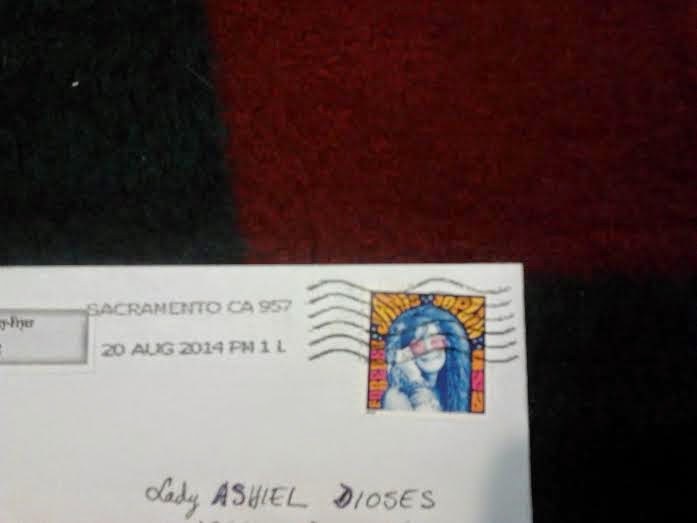 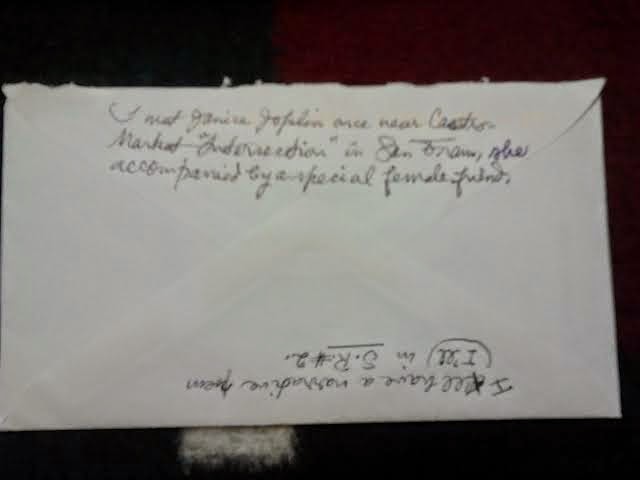 He will be in Spectral Realms No. 2, which I am very pleased to hear, for it is an honor to be in the same publication as him for a second time. 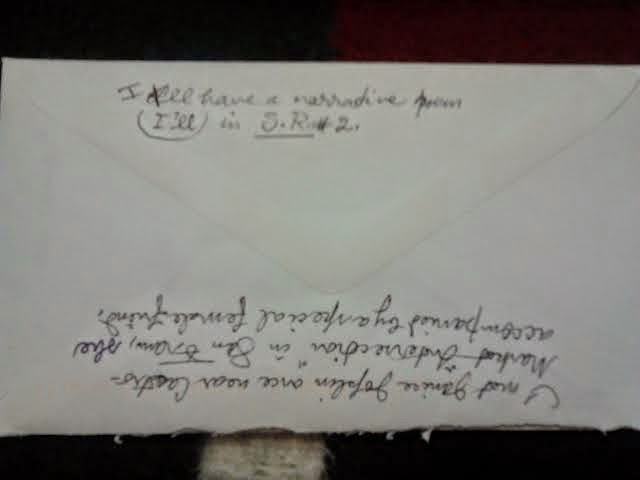 I have been sending Don hand written poems of mine ever since I first started corresponding with him.  When Kyle and I visited him in 2013, we each read aloud a poem we wrote and I requested Don to read my favorite poem of his, Your Mouth of Pomegranate.  But I have never received a hand written poem of his until now.

He had written a touching tribute to his late friend, Do Gentry, who bravely took her own lie in 2011.  He hand wrote me the poem and told me a little about her.  I have now framed it and will put it on my wall soon.  Here is the title. 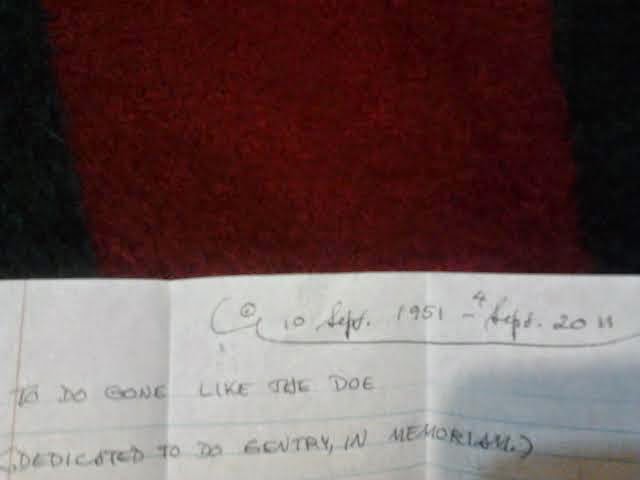 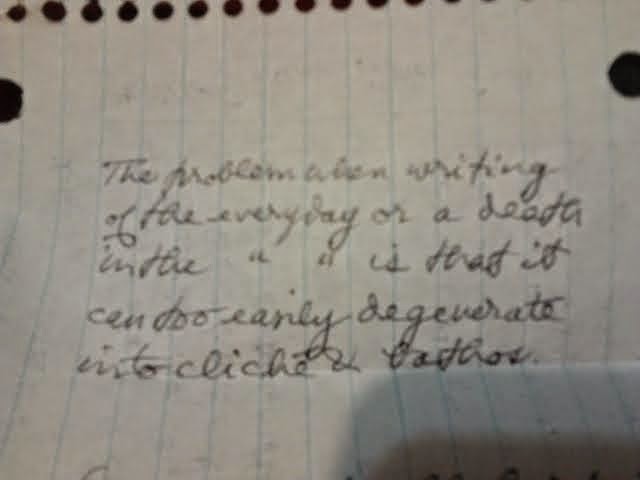 Another extremely awesome thing included in the letter was an invitation for me and Kyle to stay with him for a few weeks in El Savador!  Crazy!  As much as Kyle and I itch to travel the world and explore its wonders, we have never been out of the country.  The farthest I have ever traveled was to Colorado, where I stayed in Larkspur for 2 months.  Kyle has not traveled as far as that.  It would be amazing to go and explore and learn and enjoy the company of the last courtly poet but for now, I think we shall make the adventure trip to visit and perhaps stay with him in Auburn sometime. 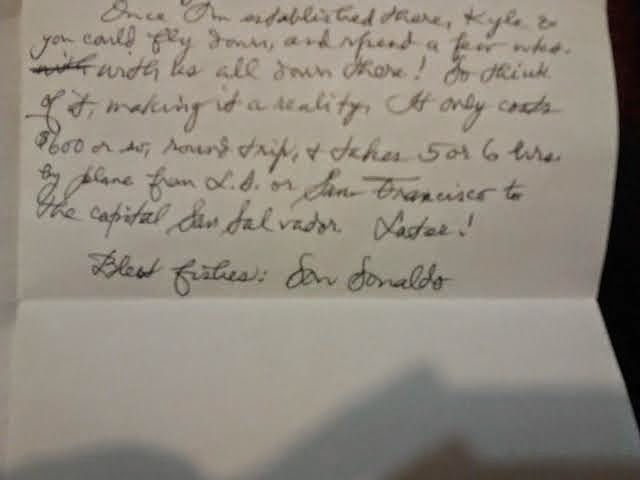 Posted by Ashley Dioses at 9:31 PM