All these stories are quite interesting, some better than others, but out of the 16 stories in here, I would have to say that the last 3 stories are amazing and my personal favorites.  The first of the three, Black Box, is a sort of sequel to a Twilight Zone episode, written by Richard Matheson, called Nightmare at 20,000 Feet.  The main character, the same pilot from the episode, is on a new flight when some of the same things start happening to the plane as they did before from the gremlin.  It is a very intense story from the very beginning and leads to an excellent suspenseful ending.

The 2nd of the three, Milton's Children, is very Lovecraftian and involves a naval crew of scientists and biologists and such that discover a few new islands off of Antarctica.  There they find a few new animal kingdoms and some are more terrifying than others.  I found it most chilling that the giant bird like creatures could mimic human voices so well.  Imagine running after a panicked friend to find that you're running straight into a hungry predator!  Creepy!  This story was really well done and was a perfect length to build up suspense and character development and background.

The last story, Simulacrum, dealt with the workings of a new technology that could create an alternative or virtual reality.  As you might guess, problems develop where it is hard to decipher reality from illusion yet this story takes a fascinating new direction and ends with quite an interesting twist. 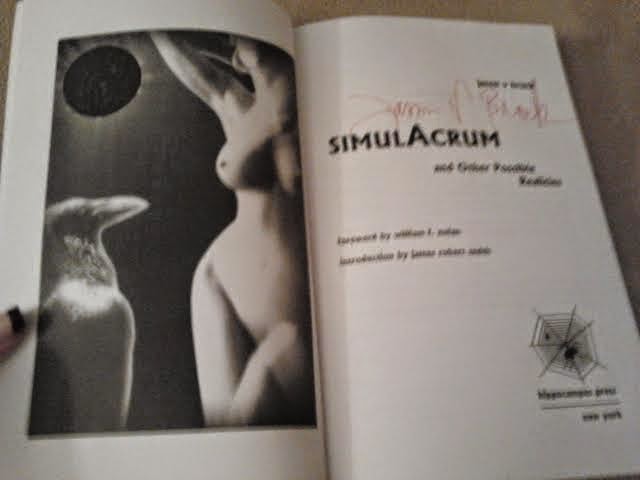 Posted by Ashley Dioses at 4:08 PM