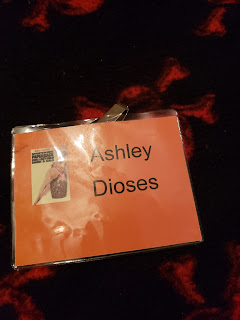 Kyle and I have been to the L. A. Vintage Paperback Festival a few times but this is the first year we attended as guests last weekend.  It was so fun!  We browsed around all the tables and scored a few choice books. 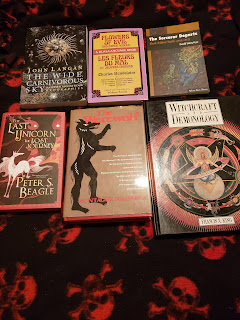 As I was waiting in line to get The Last Unicorn signed by Peter S. Beagle, I was getting nervous about being late for my signing slot.  A volunteer saw me and ushered me to the front of the line.  I felt semi-bad.  Peter was the nicest guy and signed my book. 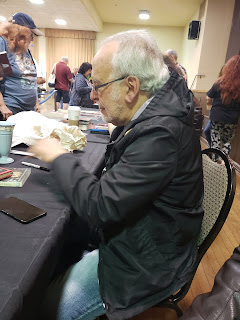 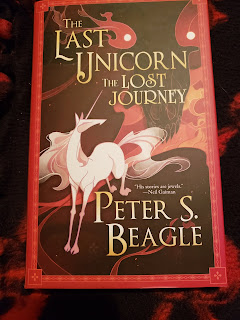 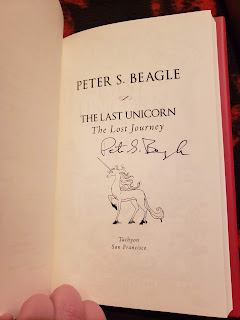 Then Kyle and I sat next to him as he went a little over his time to sign more people in line.  As Kyle was setting up his books for sale, Peter apologized to him for taking over his space. 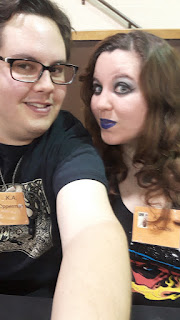 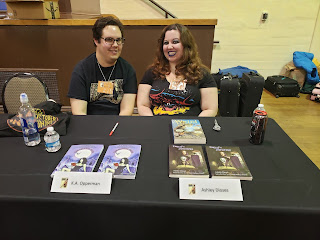 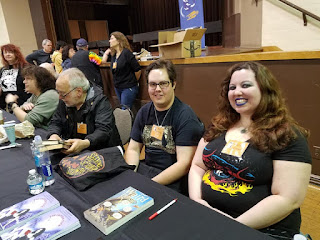 After we checked out all the tables and shopped, we grabbed lunch and sat with a few friends. 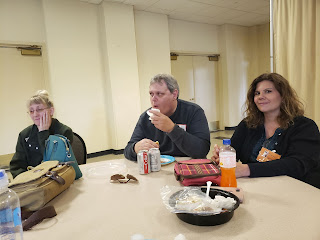 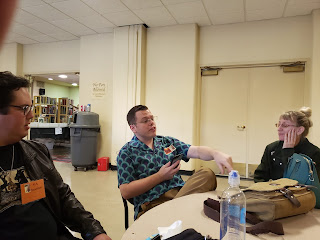 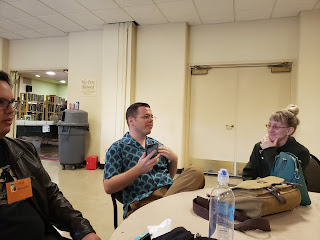 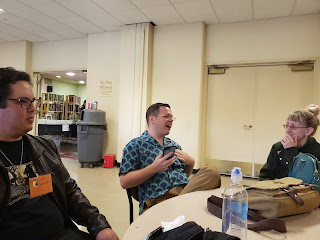 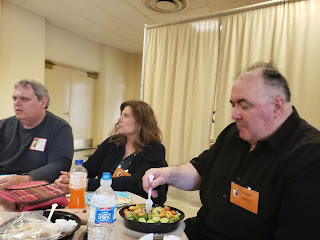 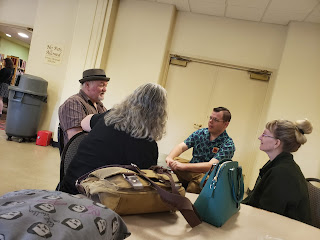 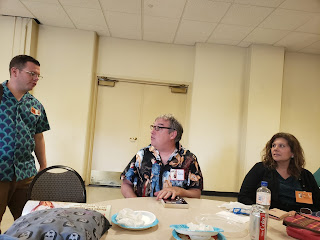 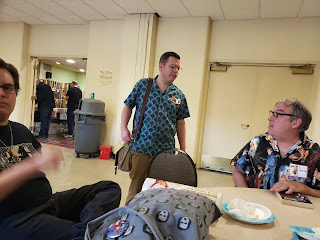 After the festival, we headed to the after party at a hotel. 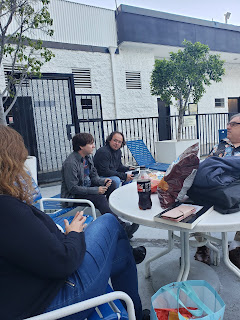 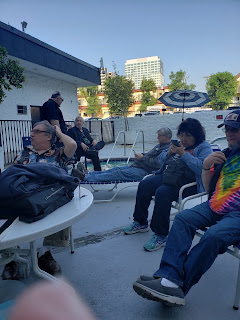 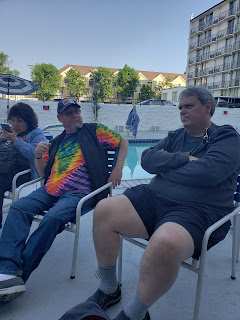 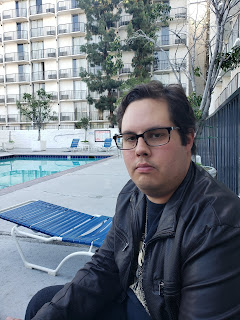 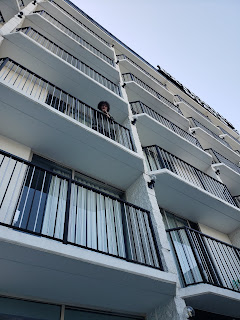 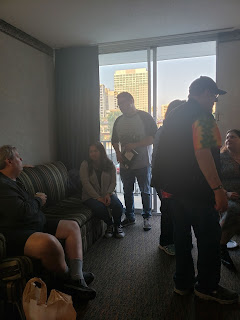 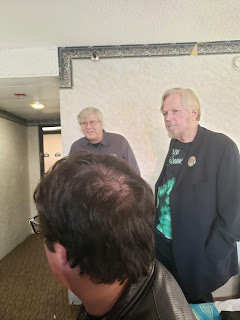 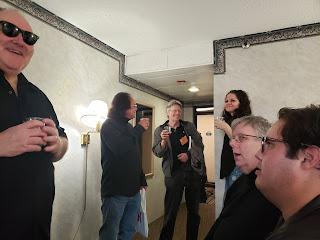 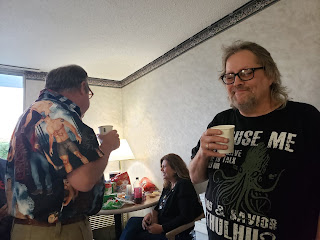 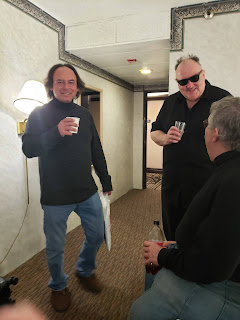 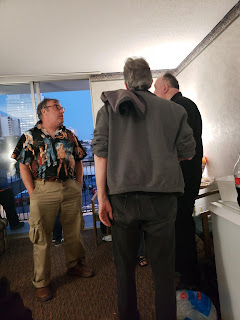 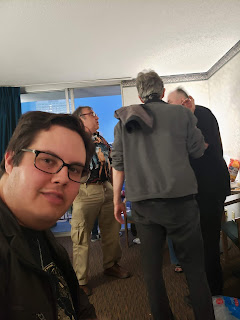 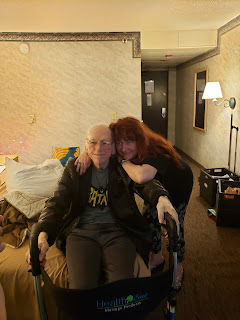 
I also received an awesome gift from Jenny Brundage! 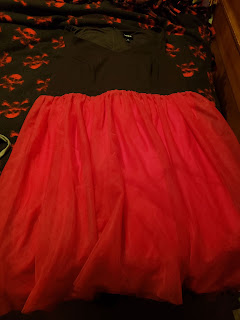 We plan on signing again next year.