My contributor copies of Skelos - The Journal of Weird Fiction and Dark Fantasy Issue Two by Skelos Press has arrived and it looks freakin amazing.  My poem, Xyre, is featured in this.  Xyre is a sorcerer created by K. A. Opperman (Kyle).  Xyre and Ashiel were characters created together for an epic poem we collaborated on years ago.  I wrote a few poems on Xyre and Ashiel but most have been omitted from my collection because I feel like they weren't my best pieces.  Xyre is one of them.  I let you all be the judge of it's quality. 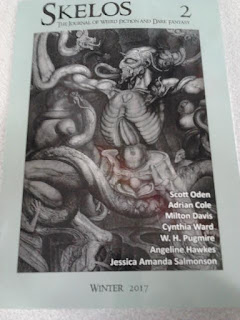 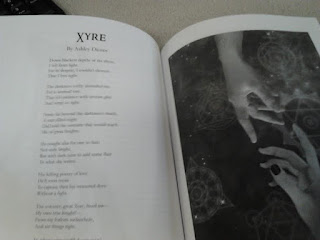