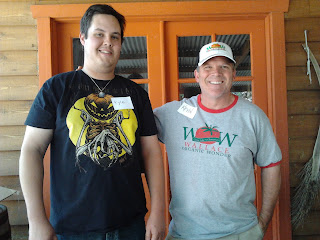 (Kyle and Kevin, one of the speakers.)

So this pumpkin farmer *highly suggested* I take work off to accompany him to the 2018 Southern CA Giant Pumpkin Grower's Forum last Saturday.  It was held at the Irvine Regional Park which we go to every year to pick pumpkins.  The class was 2 hours long and amusing.  There were raffles and we actually won some cool stuff.  A spider also jumped on my head during the class.  I was not pleased. 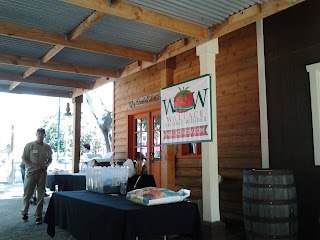 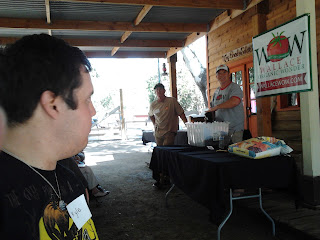 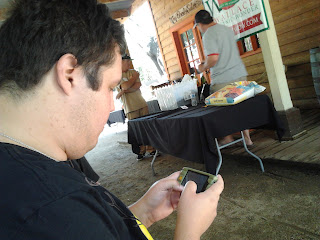 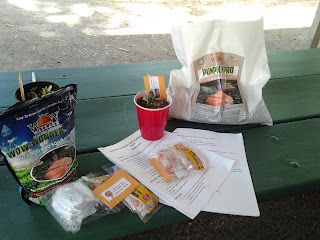 (Goodies we won or received.)

Then we had a picnic lunch at the park.  I brought some pumpkin dipping sauce from Slater's 50/50, because I'm an awesome girlfriend, and he tried to guess what it was the whole time.  (He failed at guessing.) 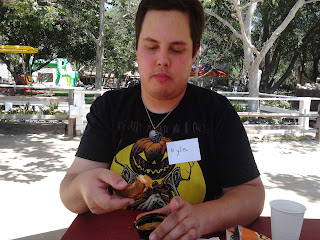 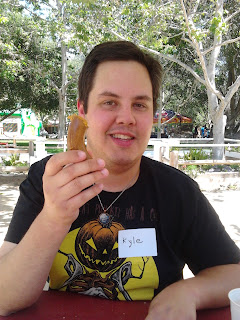