I lost my father, Dann, Sunday, August 12th at 1:50 am.  My father had been chronically ill since before my brother and I were born.  He was wrongly diagnosed with cirrhosis of the liver after they did a biopsy and said, "Whoops," after they missed it entirely.  Why?  Because his liver was the size of a fist.  In other words, it was too small.  Was he put on the transplant list then?  No.  He also had lymphedema in the right leg, a heart murmur, Wilson's disease, diabetic, and began developing a cataract in one eye.  He was always in pain. 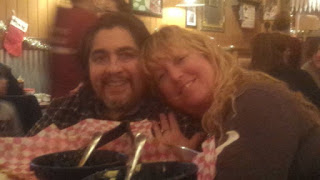 We almost lost him when I was about 14 or 15.  He was dying because of his failing liver and kidneys and at the last moment was transferred to a different hospital that wanted to know why he wasn't on the transplant list, which we were told he couldn't be put on it because a certain percent of his liver had to be failing before that could happen.  That was bullshit and my dad shot up to the top of the list and the former hospital was sued. 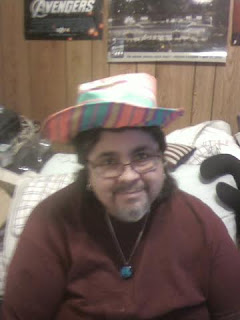 In 2006, a tragic accident gifted us with a perfect match for a liver and kidneys.  As he was being prepped for the surgery, he had an allergic reaction to a medicine they gave him and he was almost unable to go through the surgery.  During the surgery, one doctor told us he wasn't looking good but he pulled through.  Dr. Dafoe was his surgeon.  Does that name sound familiar?  You might know that name better from his brother, actor William Dafoe. 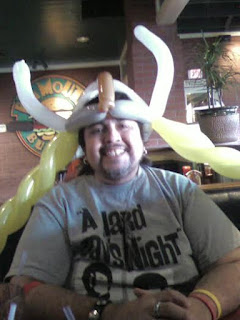 Because of the accident from the donor, the organs literally took a hit and unfortunately, both kidneys never started working.  He was again put on the transplant list and had to go to dialysis 3 times a week to have his blood cleaned.

In 2010, he had his second kidney transplant and they worked!  We were all so happy that he would not go back to dialysis again.  He lost I don't remember how many pounds of liquid that accumulated from his dysfunctioning organs and lymphedema.

In 2017, he was in the hospital more times than he was at home.  He had what was thought to be a UTI that would not go away and when he was admitted into the hospital for that, they found other things that were not right.  Operations that involved going in for one thing and ended up puncturing this or tearing a hole in this.  Everything that could go wrong with medications or simple operations and procedures would ALWAYS go wrong. 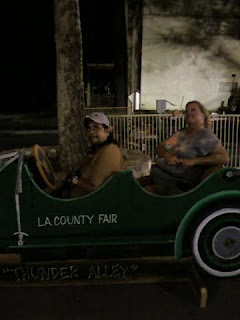 At one point he was accumulating so much liquid because of something that had to do with his heart that they took so much off at a time that, guess what, it stunted his kidneys.  They stressed them out and they stopped working.  In January 2018, we were told he would have to go back on the list and he had to go back to dialysis 3 times a week.

After, January he actually looked really good.  Except when he wanted to get lunch at McDonald's before dialysis and tripped over the carpet and broke his elbow and leg.  After the ER visit, he was allowed to go home, which never happens.

2018 was a good year for my dad until it wasn't.  I don't think he stayed a day at the hospital the entire year which was fucking amazing, especially compared to last year.  He was looking so strong, he walked without a cane, went up and down stairs without help, and carried heavy stuff.

On Saturday, August 4th we were watching a little bit of Ghost Adventures and my dad was telling me it was an episode on Bisbee.  My family had vacationed to Arizona a few years ago and went on a haunted walking tour in Bisbee.  My dad reserved it for us and bought the tickets but he couldn't complete the walking tour.  He couldn't handle it so he stayed behind.  I told him we should go back and maybe we could do that walking tour again because he was walking so well and doing so well.  He said he'd love to go back but wasn't sure he could tackle that walking tour again.  I encouraged him and told him we should definitely try to see how he does.  On that Friday he went to a Dodger game and walked up and down those steep steps without holding onto the rail.  If he could do that, he could handle the stairs in the walking tour.  Then we both went to bed. 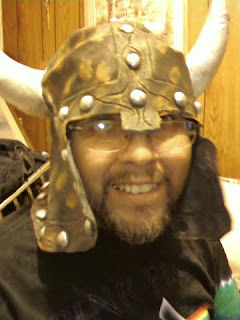 At 10am, August 5th, I was woken up by my mother telling me that my father had a 103 fever and that he laid in diarrehea since the early hours of the morning.  We got him into a cool bath, cleaned him up and his bed sheets and room, and tried to get his temperature down.  We managed to get it to 99.  We dressed him, put him in the wheelchair and when he sat down his eyes went wide.  We later were told he had a number 2 stress heart attack.  We raced him to the alley, going downstairs with the wheelchair and when we got him to the car, he wasn't responding.  We called an ambulance.  He was raced to the ER and were told that he was very ill.  No shit.  The doctor ran some tests and asked me if he was sick before today.  I said besides all the above information, he was fine.  He looks at me like he doesn't believe me.  He asked if he was walking and talking and eating and doing everyday things the day before and I said yes.  He tells me his lactic acid is 22.  I ask what the fuck is lactic acid and what should it be.  Lactic acid has to do with the oxygen to your muscles and organs.  When you run and your muscles start to hurt, that's the lactic acid.  And it should be at 2.  22 is a fatal number I was told.

After they do everything for him, his eyes are wide open and we ask if he's in a coma.  They said basically yes and that he *could* come out of it but they're uncertain.  He gets a room and eventually becomes a little responsive throughout the week.  Someone had to stay with him every night to make sure he didn't yank out his incubator.  He gradually became more and more responsive and then on Friday, August 10th, they took the incubator out!  He was talking and wanted to eat his ice chips and he was fine!  I told him I harvested my pumpkin and he laughed.  I told him Kyle couldn't wait to see him Monday because he hated seeing him not being able to talk.  He was fine, he was better, and I left for home so I could sleep and work the next day. 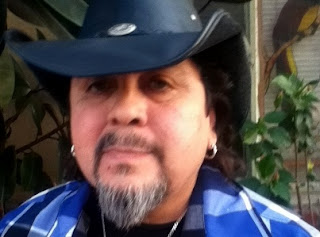 I just told everyone how well he was doing and then on Saturday at 3:20, my mom texts me and tells me he took a turn for the worse and that he was fine before dialysis.  They had to cut dialysis short and put him back on the incubator.  I asked if I needed to go.  She said maybe.  I grabbed my purse, told my manager, and clocked out.

I raced over there, gowned and gloved up, and saw his eyes which were yellowish-orange and bloodshot.  He looked bad but I've seen him worse than this.  He was fine yesterday, he'll pull through again.  He always does.  He's always faced Death and defeated him every time.  He has always beat the odds.  Except he didn't this time.  I held his hand and stood by his side with his intense eyes open and staring.  I held his hand for hours, from the moment his heartbeat skyrocketed to his low 30/13 blood pressure to his flatline then brief startup to the final flatline to the moment we had to leave the room.

My father was the strongest man in the world.  Despite his illness, despite his disabilities, despite his constant pain, he lived life to the fullest.  He didn't let anything stop him from going places and having fun with his family.  He was also the sweetest person in the world.  He never yelled, never got angry, never cussed, and never hated anyone.

He is the reason I am who I am.  He is the reason you're reading this blog entry.  He was a writer, he was a poet, and he was a fantasy and horror fanatic.  He gave me everything I needed to be the writer I am today.  Diary of a Sorceress is dedicated to him because without him there'd be no collection.  There'd be no dark poetess.

My father meant the world to me and honestly, I have no idea what I'm going to do.  Every publication I'm in I tell him about.  Every time a contributor copy comes home I instantly show him.  I'm not ready to be without my father.

You can find some of his poetry here and here.