Darin showed us around Main St. and took us to where we would be reading later that night.  It was in a lovely patio courtyard enclosed by a few buildings, including the Totem Coffee shop, where we sampled their drinks and sweets.  Inside they had the event posted along with the poetry book Darin composed, Dreamland Review. 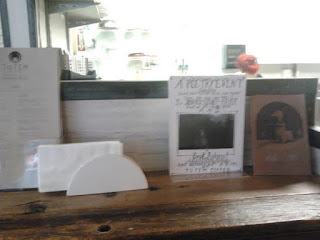 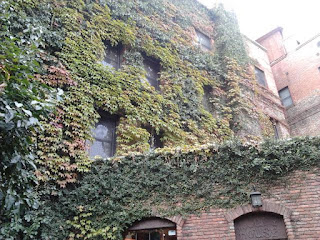 (That is the Cary House, a hotel said to be haunted by miners.) 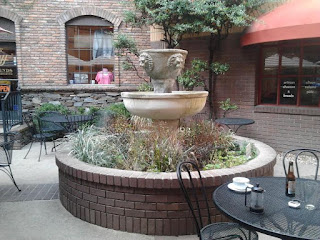 We wandered around and Darin took us into his bookshop, the Bookery, where I found some awesome books I had to take home.  Then he took us to the Gothic Rose Antiques which is exactly what you'd expect from that title.  I took home one vial of wormwood and one vial of mandrake root.  Too bad I couldn't afford the human bones they were selling.... 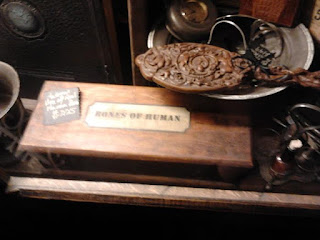 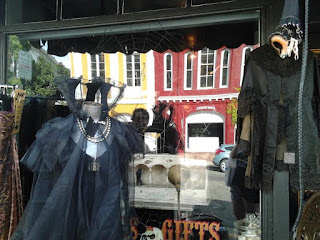 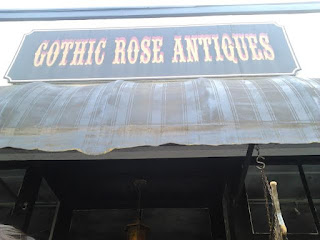 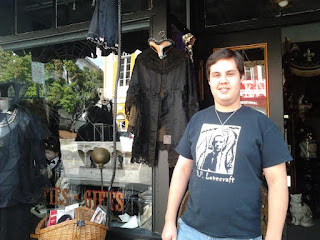 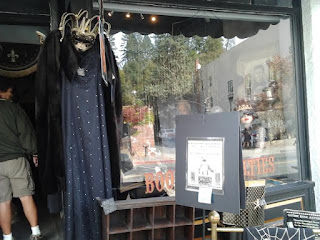 Then we headed back to Darin's house for a bit then came back to get ready for the poetry reading.  Darin set everything up including lights, the microphone, and of course, the camera.  As I watched him do this, I started get increasingly more nervous.  I had to get more tea.  I don't think that helped much. 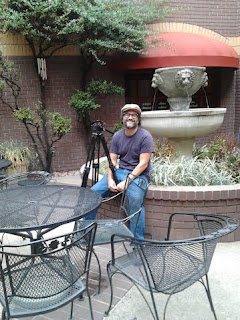 Slowly people began to show up, the first of which was Michael Adams, who we've corresponded with on facebook before. He brought Spectral Realms No. 1 and the Crimson Tome for us to sign and I invited him to sit with us.  Next Scott Connors and Don came. 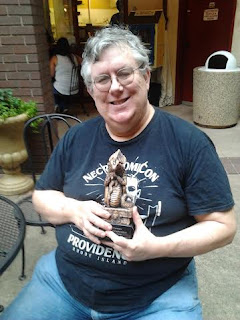 Then the event began and a few poets from the Dreamland Review read their stuff.  We were supposed to be second to last, before Don, but someone arrived late so they were squeezed in before Don.  Kyle and I went up together and read our selected poems back and forth. 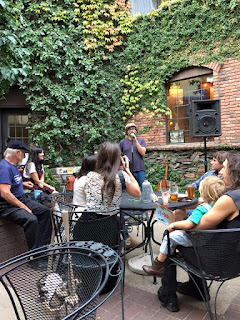 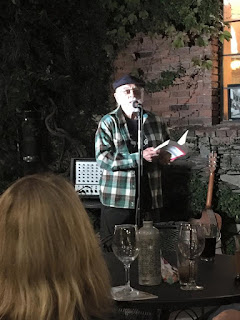 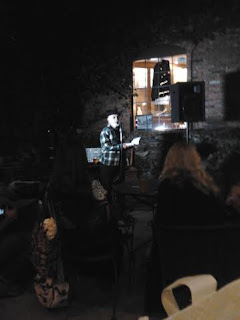 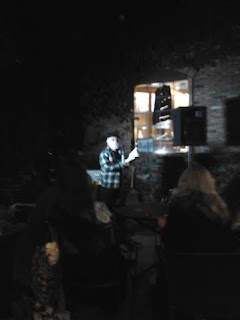 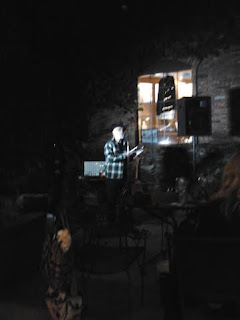 So this was my first poetry reading ever and I was told I did fine.  I hope so for it's all caught on film.

Posted by Ashley Dioses at 2:14 PM