On Tuesday, Dec. 13th, Kyle and I celebrated Luciadagen by baking lussikatter or Lussi Cats.  Lussikatter are buns usually made with saffron, wheat dough, and currants.  I don't like currants so we used cranberries instead.  They are then made into cat faces or into S shapes which represents the body of the cat. 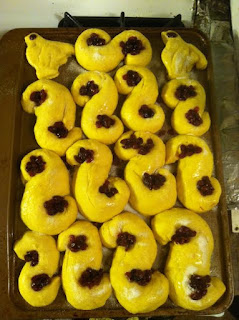 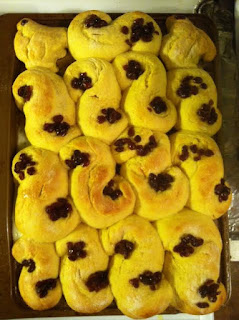 Saint Lucia is a complex figure with a multifaceted history. A bringer of light (in the form of a crown of candles) on the erstwhile darkest night of the year (according to the old calendar), she is sometimes called a witch, a leader of the Wild Hunt, and even has ties to Lilith and is a consort of Lucifer. The Luminous Stone edited by Michael Howard and Daniel A. Schulke, a book of essays on Lucifer in witchcraft, touches on Saint Lucy or Lucia and her ties to these matters. 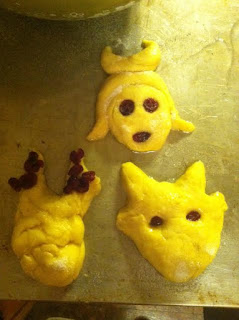 (Kyle made Isthar and a goat [right] and I made a stag without eyes at first.) 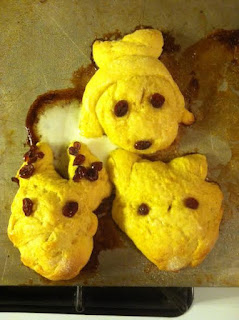 (I decided to add the eyes.)

I also made three offerings of lussikatter in the shapes of two ravens and a stag head for my two patrons the Morrigan and Odin and then to Cernunnos for this time of year. 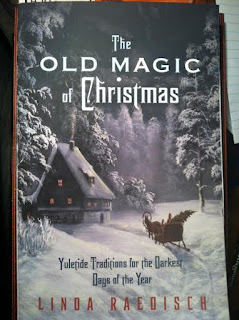 (We got the recipe out of this book.) 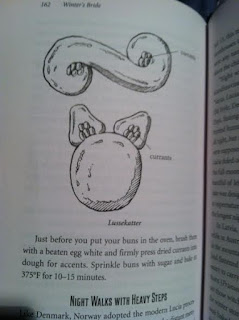 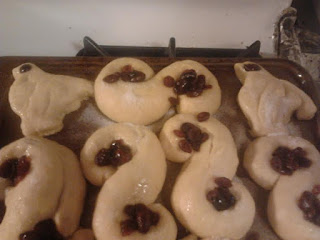 (So I only had a rooster cookie cutter so I tried to form two of them into ravens.) 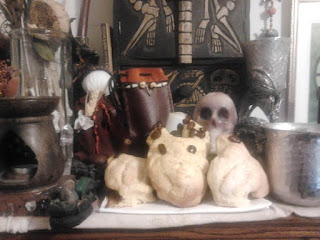 (Here are the two ravens and stag on my altar.) 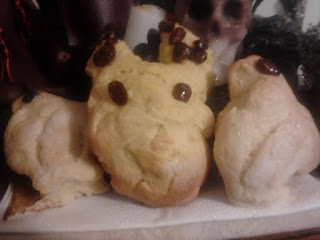 Posted by Ashley Dioses at 9:09 PM