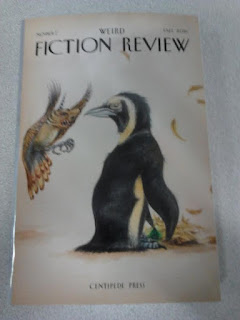 Weird Fiction Review by Centipede Press is an annual journal that I look forward to getting (and being in) all year.  My poem, Nitokris, which is based off of the character from H. P. Lovecraft's Under the Pyramids and in Lord Dunsany's works, appears in this latest issue. 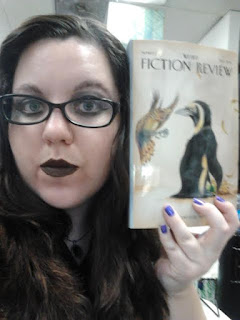 "The Weird Fiction Review is an annual periodical devoted to the study of weird and supernatural fiction. It is edited by S.T. Joshi. This seventh issue contains fiction, poetry, and reviews from leading writers and promising newcomers. It features original stories and essays by Steve Rasnic Tem, Mark Howard Jones, Jonathan Thomas, John Shirley, Nicole Cushing, Jason V Brock on David Bowie, a fabulous essay on the Micronauts by Chad Hensley, an article on Jack Finney by John C. Tibbets, newly discovered artwork by John Stewart, a lengthy illustrated piece on artist Mike Ploog by John Butler, a terrific new interview with William Hjortsberg by Dave Roberts, and much more." 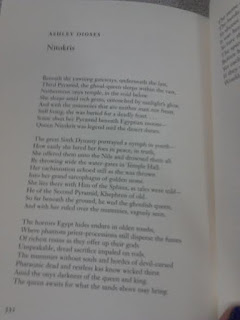 Posted by Ashley Dioses at 8:17 PM