I spent this Halloween with Kyle and we had tons of fun with Halloween themed activity.  We first carved our pumpkins, a little late but oh well. 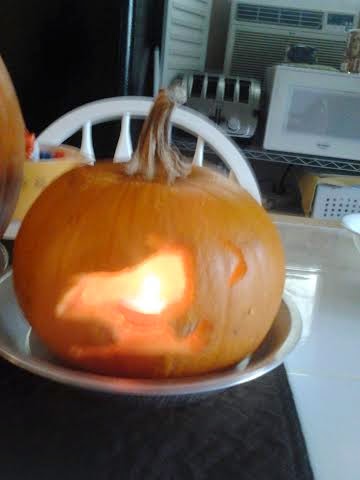 (I did a cute little raven on a branch with a crescent moon.) 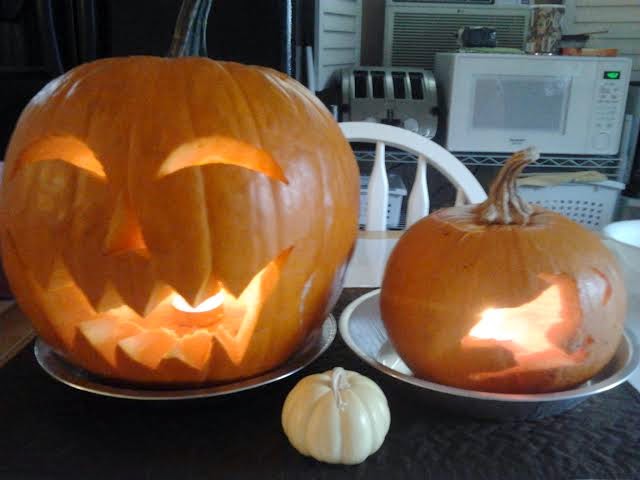 (Kyle wanted his pumpkin to look like he was manic.  His sister got me that little white pumpkin.)

Then I made some spiked punch which contained cranberry juice, Moscato, and an assortment of berries (black berries, raspberries, and blueberries).  We chilled it to have some later. 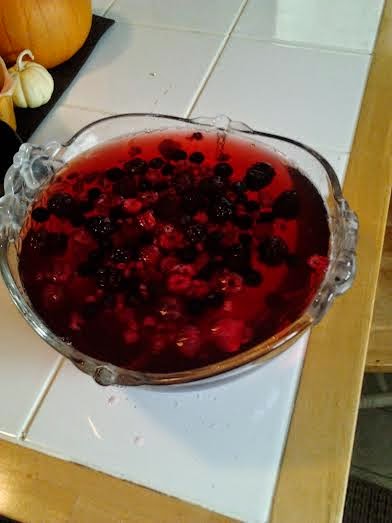 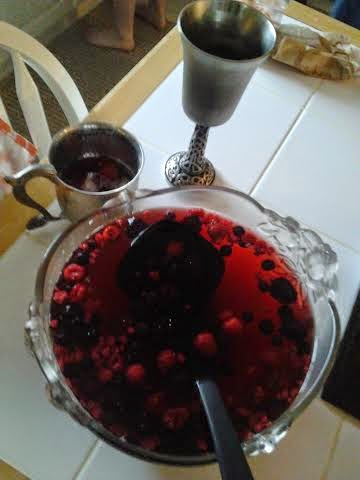 We then went to a couple haunted houses around the neighborhood, ate at Burger King, and then came home and made some amazing soul cakes!  Soul cakes were given to the poor who went door to door and said prayers for the dead.  There many variety of recipes but we kept ours simple with sugar, flour, butter, cinnamon, vanilla, oats, and honey.  It was delicious. 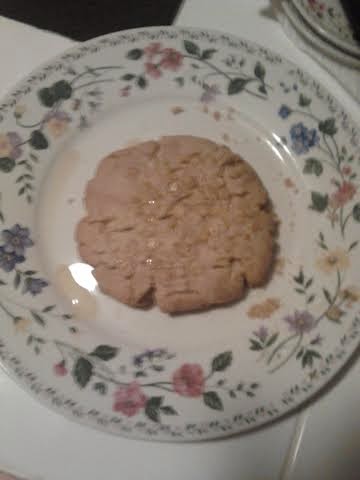 While the soul cakes were baking, we played this awesome zombie board game with Kyle's sister and boyfriend.  Kyle then stole my devil horns and wore them throughout the game.  But if you ask me, he looks more like a faun than a devil.... 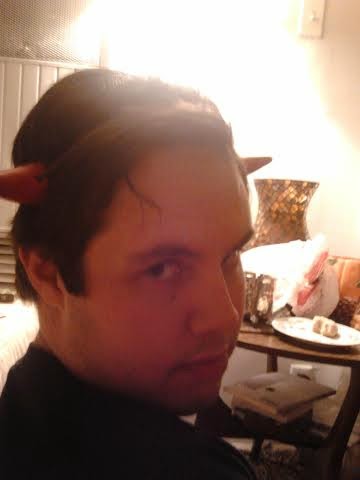 We ended the night by curling up on the couch and watching the 2 hour Halloween special of Ghost Adventures.