I was surprised that there were stories in this; I thought this was supposed to be an all poetry anthology.  The font in this book is small and I ended up not reading the few stories that are in this.  Perhaps another time, I'll get to them.  Another strange thing about the layout is that the majority of the work is singled spaced yet at page 142, it is suddenly double spaced!  It seems like there is a lack of structure and the shorter poems, mine included, seem smashed together in the center of the page.  They could have benefited from double spacing.  Also I noticed that my poem, the Medallion, is in the book with one stanza instead of two as it should be.  The contributors should really have seen a proof of this before it went to print.  :(

The poetry in this was fun to read and a few of my favorites include Elder Beings by Leigh Blackmore, Birthright II by Chad Hensley, Primordial Madness and Fall of the Men of New Innsmoore by Kevin Henry, Cordyceps from the Stars and Reverie by K. A. Opperman, When Dead Cthulhu Dreams by Byron A. Roberts, In the Mountains, the Madness and Through My Father's Eyes by Howie Bentley, and Charles Lovecraft's sonnet cycle, Mad Summer of Lovecraft Dreams: A Sunny Cycle of Despair. 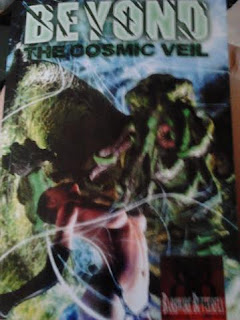 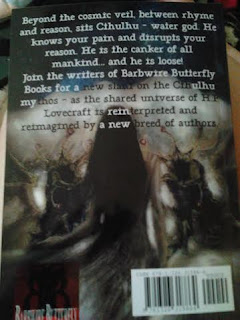 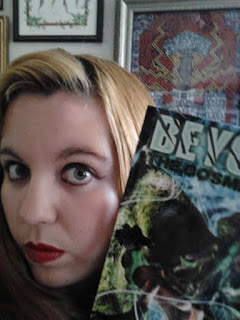