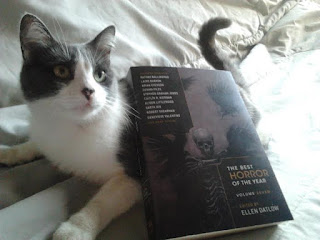 Other achievements of note include getting onto Ellen Datlow's recommended reading list for my poem Carathis and attending my first HWA L. A. Chapter meeting with Kyle and becoming a member at Supporting level soon after, in September.  As of this renewal, I have made the Affiliate level. 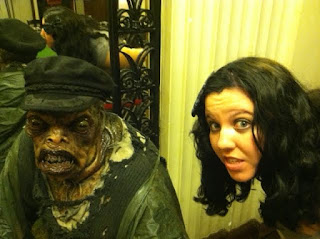 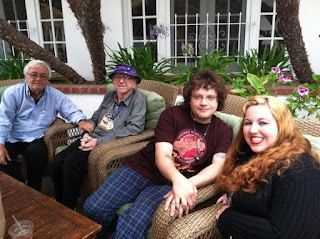 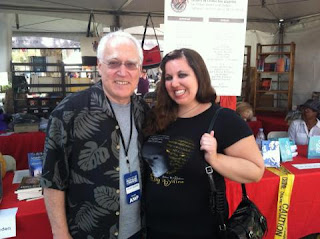 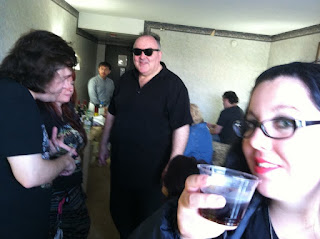 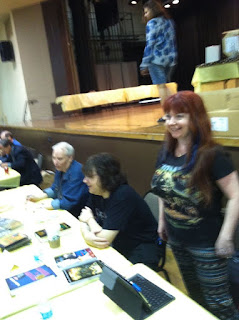 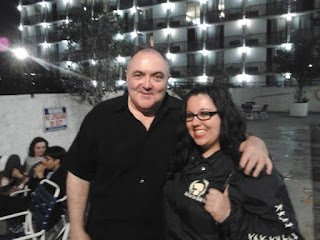 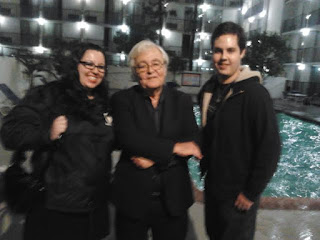 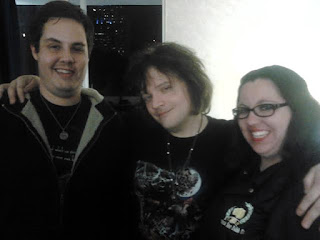 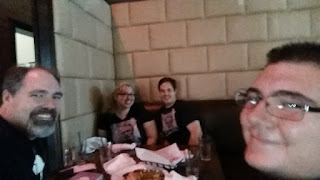 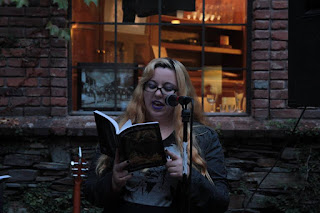 (Poetry Reading)
Kyle and I also started attending cons and other events, including the 5th annual H. P. Lovecraft Film Fest in San Pedro, WesterCon in San Diego, the L. A. Times Festival of Books, and the Vintage Paperback Show in Glendale.  We had a lot of fun meeting authors, making friends and fans, and getting books signed!  Kyle and I were also invited to read poetry (me for the first time!) in Placerville, CA. 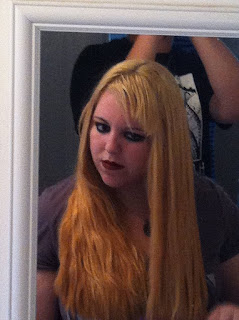 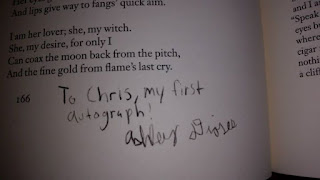 Other cool things include interviews!  Kyle and I have been interviewed twice this year!  One was for a forthcoming Clark Ashton Smith documentary and the other was an online interview on the Weird genre.  That's insane, I still can't even believe that.  I even signed my first autograph this year which is way cool. 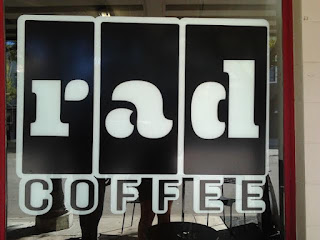 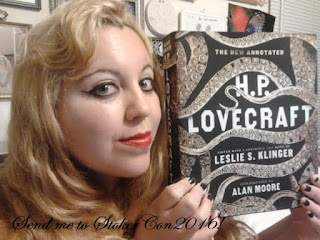 Next year already promises more awesome events.  Kyle and I will be signing at Dark Delicacies on Sunday, January 10th from 2pm-4pm for the Winter Horror Days anthology, we plan on having our own signing at Rad Coffee in Upland sometime in February, we will be vendors at the HPLFF in San Pedro in April, I believe, and we will be attending the StokerCon in May in Las Vegas.

P.S. I forgot to add that since joining the HWA, I've had a poetry article in the Blood & Spades section for December and have been in all the Fiendish Endeavors since I joined!  How awesome is that? 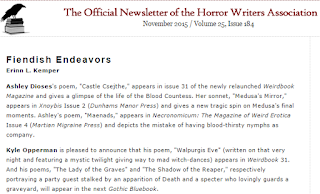 Posted by Ashley Dioses at 4:46 PM