Dark Delicacies and the Trophy People 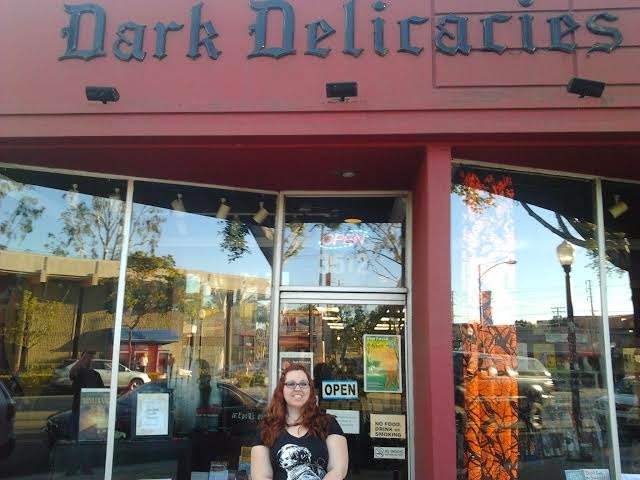 I offered to help Cody Goodfellow with a project he was working on by providing him with trophy people in exchange for some books; trophy people being the little figurines usually on top of a trophy.  Having a family that has played various sports throughout the years helped a lot in this.  So I found a few different trophy people, unscrewed them, and took a picture for Cody, he loved them.  We arranged to meet today at Dark Delicacies but at the last minute he couldn't make it so he suggested that if we come to the store anyway, he'd leave the books there and have the owner give them to me in exchange for the trophy people. 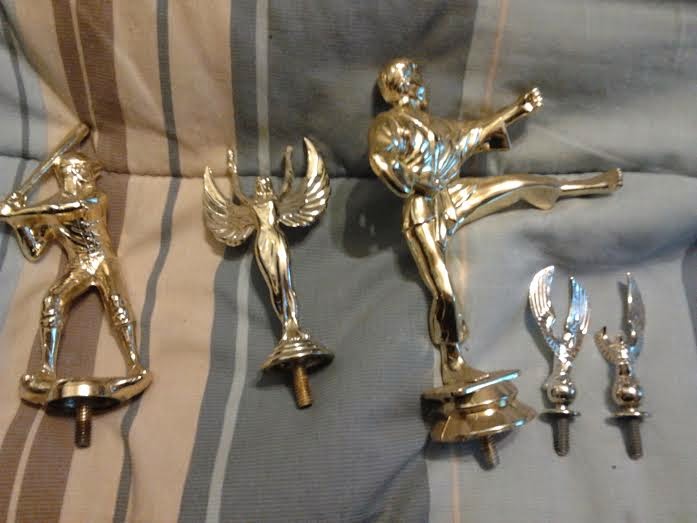 (The trophy people and eagles)


Kyle and I have been wanting to visit Dark Delicacies ever since we've heard about it, so we decided to go anyway.  We got there and I spoke with the owner and he provided me with 3 books instead of the promised 2.  He initially told me he'd give me In the Court of the Yellow King and All-Monster Action!.  I still received All-Monster Action but now included was Radiant Dawn and The Electric Eye.  I was very excited and surprised to get these.  And he signed them for me.  :) 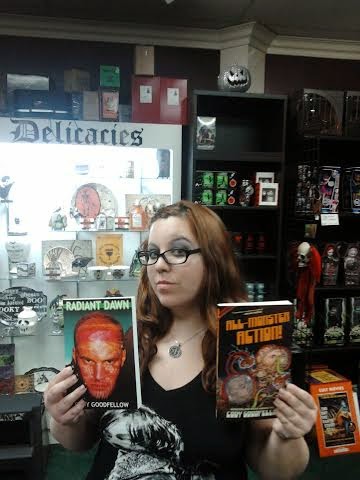 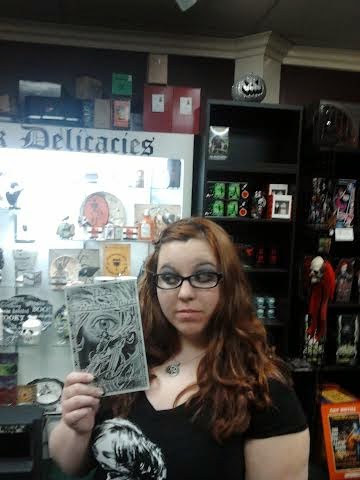 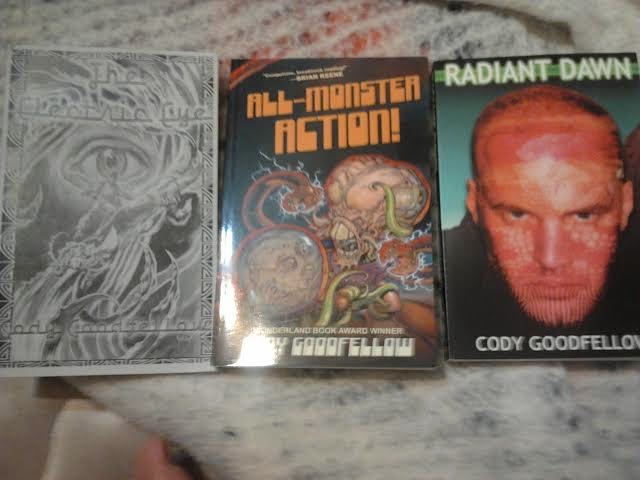 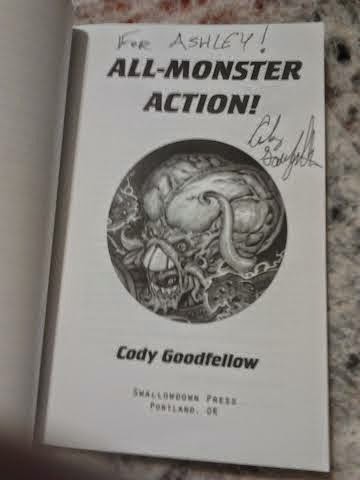 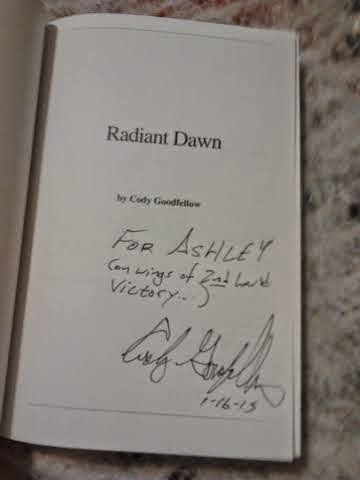 While there, we scoped the place out and we came out with a few gems out of the treasure trove of books they had. 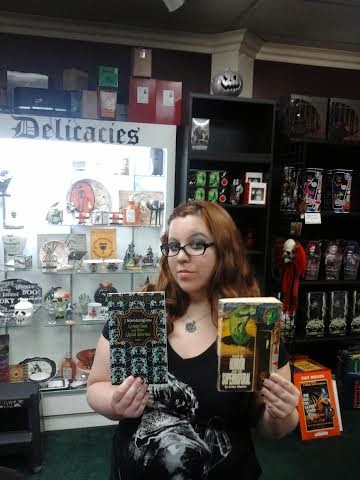 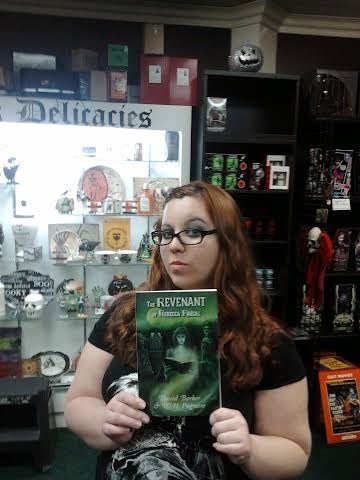 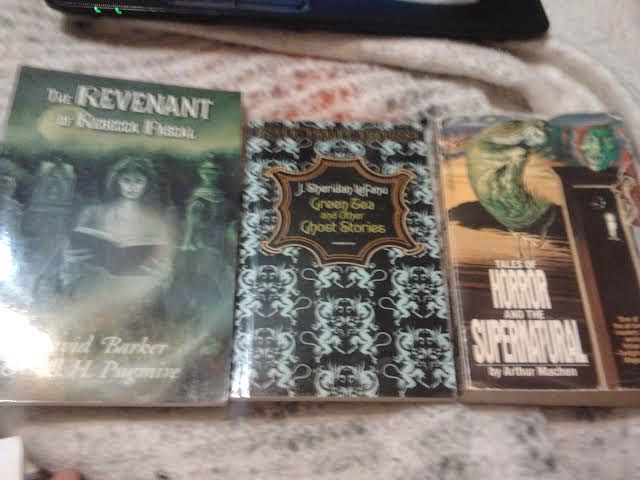 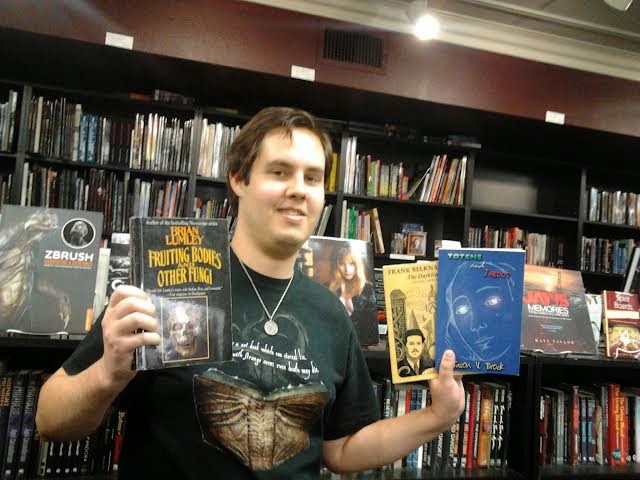 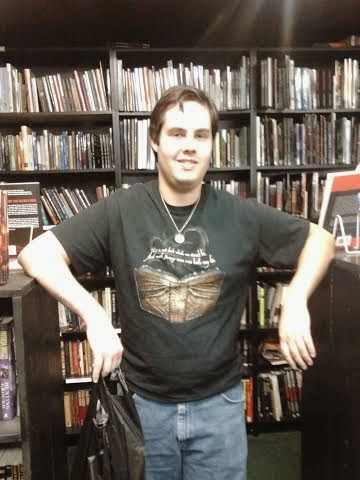 So many awesome books!  We shall definitely return one day. 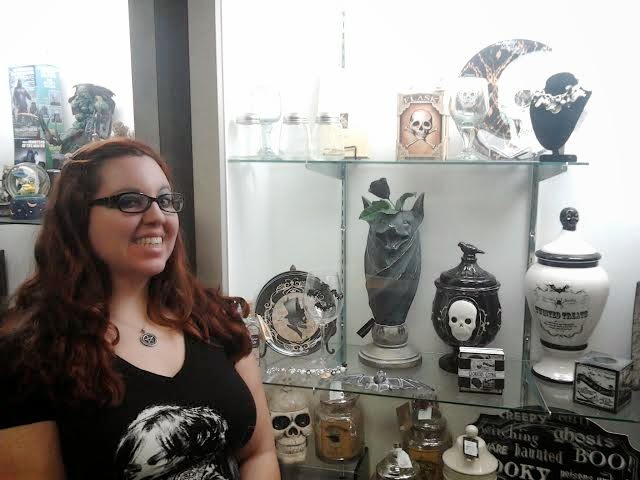 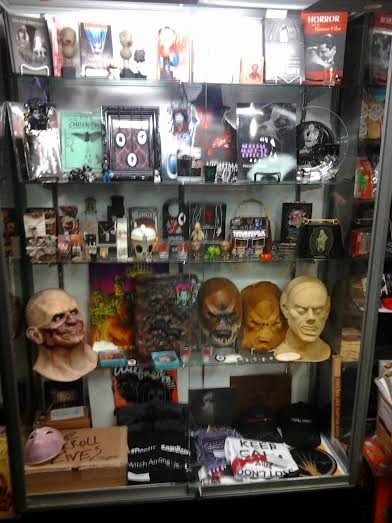 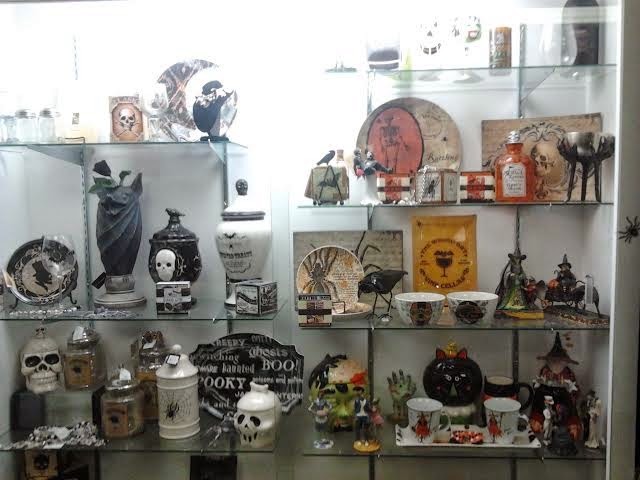 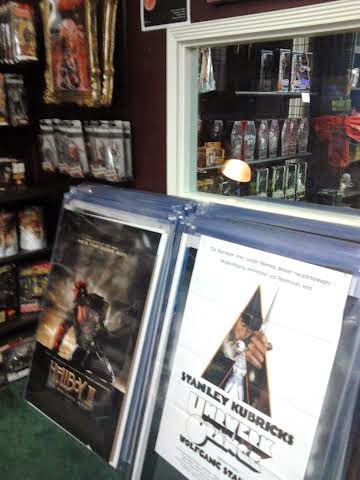 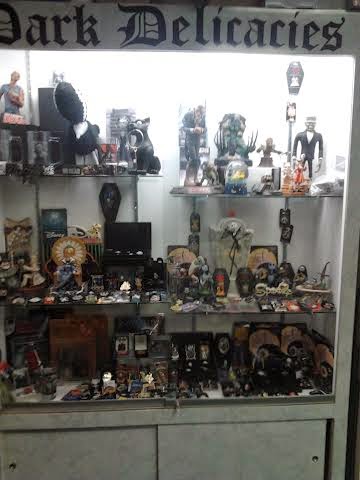 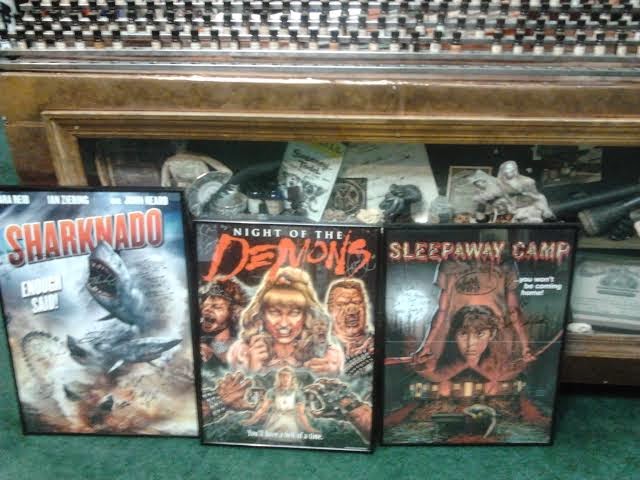 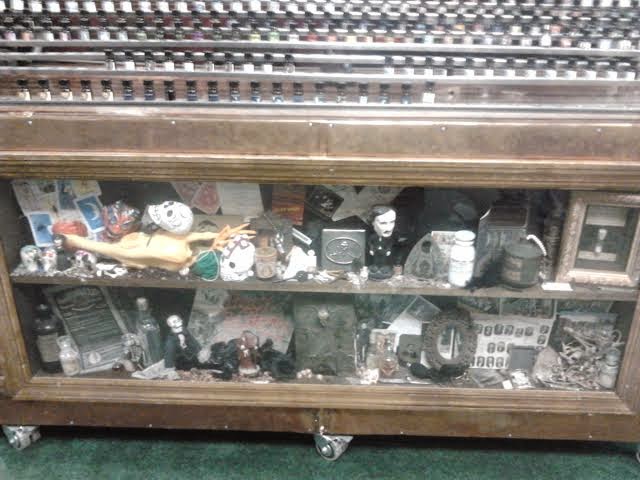 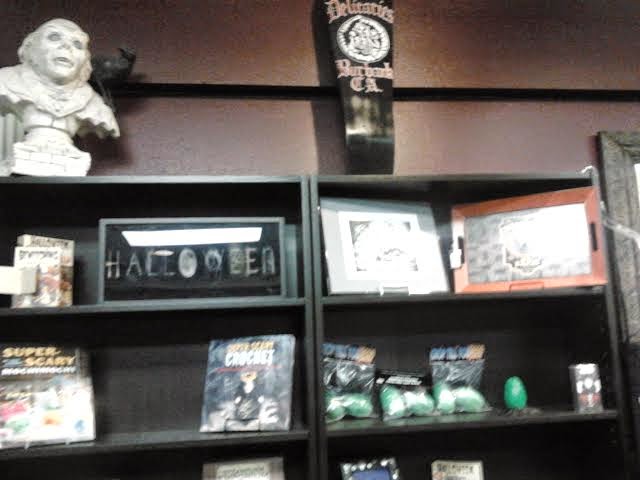 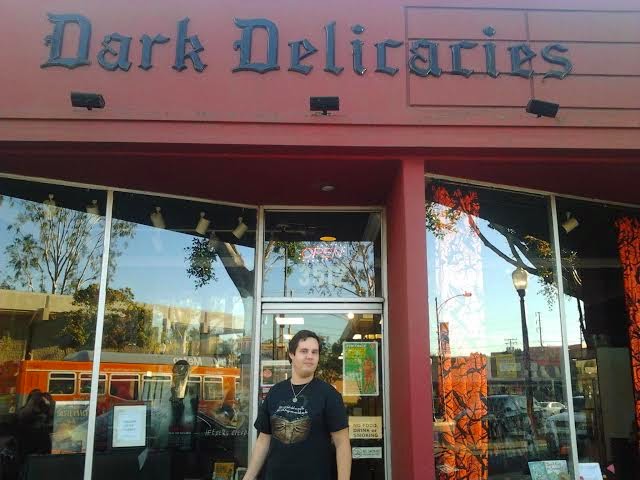 Oh!  And Kyle gave me my little Opal Whitely chapbook that David Barker had sent us.  He wrote these free verse poems about Opal Whitely and did the drawing on the cover.  He even wrote a lovely note inside the cover for me, how sweet! 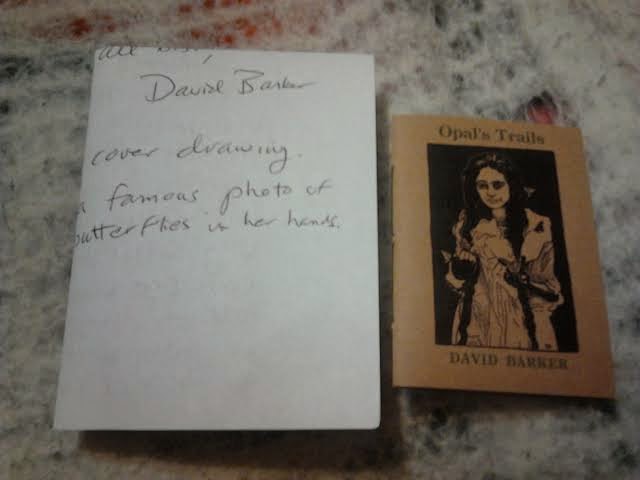 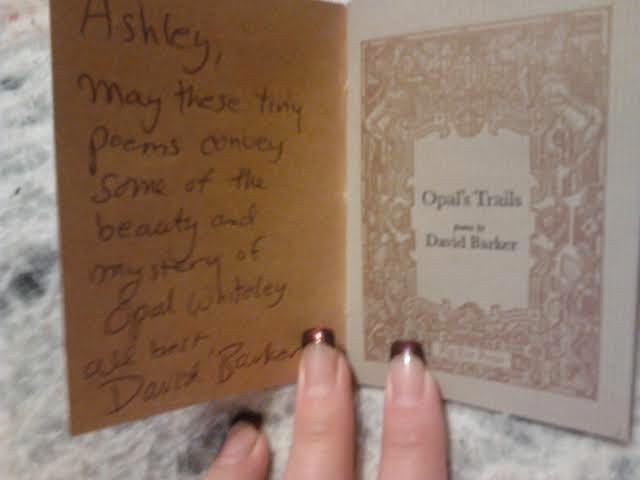