I just got 4 poems accepted for the anthology Inanna Rising: Women Forged in Fire by J. Ellington Ashton Press!

"The tale of Inanna is one that originates in ancient times. The Sumerians spoke of how she descended into the underworld with her many raiments to protect her and one by one gave each of them up to face her fate. There, she is judged by the Anunna, the lords of the underworld, looked upon with the eye of death, spoken against with the word of wrath, and the cry of guilt uttered against her. She is struck dead and hung from a hook on the wall only to rise 3 days later.

Inanna Rising is an anthology about strong women in dark scenarios, some of them by chance and some by their own design. Each of them rising from their own personal hell, stronger for her journey. Coming February 2015 from J. Ellington Ashton Press." 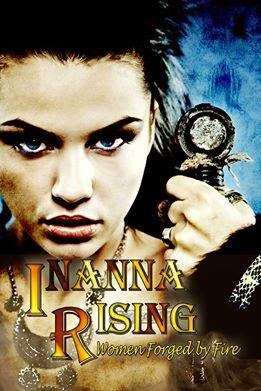 Posted by Ashley Dioses at 8:32 AM